We Ran and We Biked! 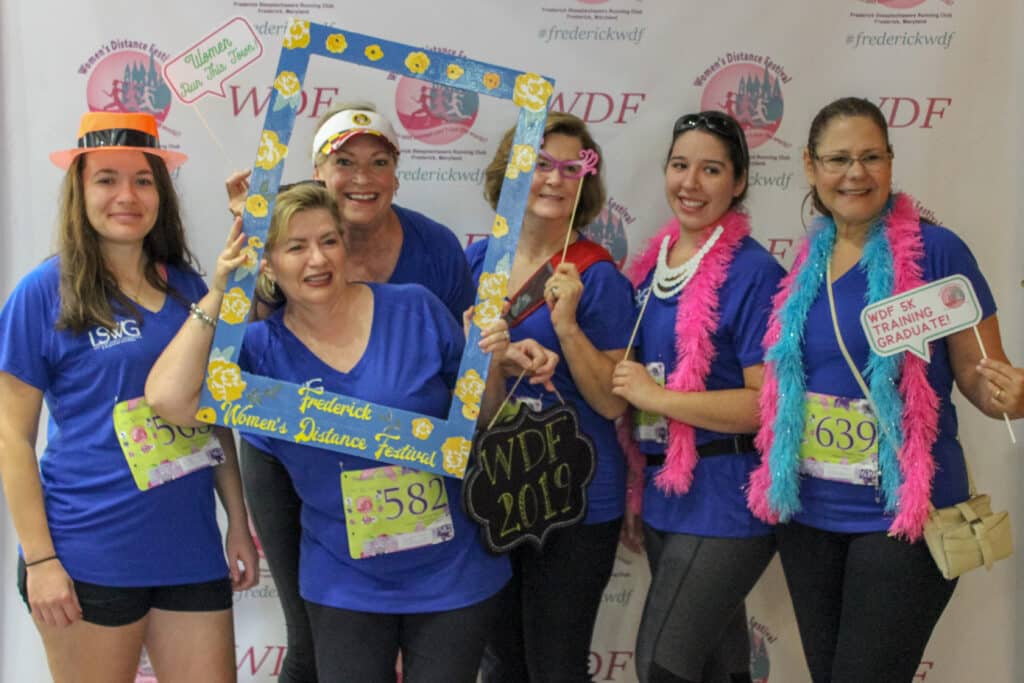 LSWG team members were out and about the past couple of weeks actively supporting some very worthy causes.

LSWG is proud to not only have sponsored–but also to have participated in–the August 3 Women’s Distance Festival of Frederick, and the August 10 Tour de Frederick.

Representing LSWG at the 2019 Frederick Women’s Distance Festival were LSWG managing principal Barbara Roman, office manager Kathaleen Lucey, marketing manager Jeanne Hall, and staff accountants Rrezarta Sopa, Dennise Haymaker, and Marianne Morais.  LSWG has been a Gold Sponsor of the Frederick Women’s Distance Festival for over 5 years.  Net proceeds from the Festival are donated to The Women’s Giving Circle of Frederick County–which cultivates philanthropy among women in support of local nonprofits serving the needs of women.  Over $113,000 from this event has been donated since 2010.

Saddling up for the 2019 Tour de Frederick (TDF) was a team of eight bikers representing LSWG, including LSWG principals Jon Holmes and Ted Gregory, supervisor Charli Heilmann, and staff accountant Adam Eisenstadt.  Joining them were Ted’s wife, Helen Gregory; Charli’s husband, Jason Brier; and good friends of Jon’s, Alan Mitchell and Luke Mitchell.  This being LSWG’s first year with TDF, the team opted for the 10-mile ride (passing up the 31-, 62-, and 100-mile options).  The weather couldn’t have been more ideal for this year’s TDF which saw over 800 riders participating and raising money for the Boys & Girls Clubs of Frederick County–which provides kids and teens a safe place to learn and grow–and the Rotary Club of Carroll Creek.