It Started With an Idea 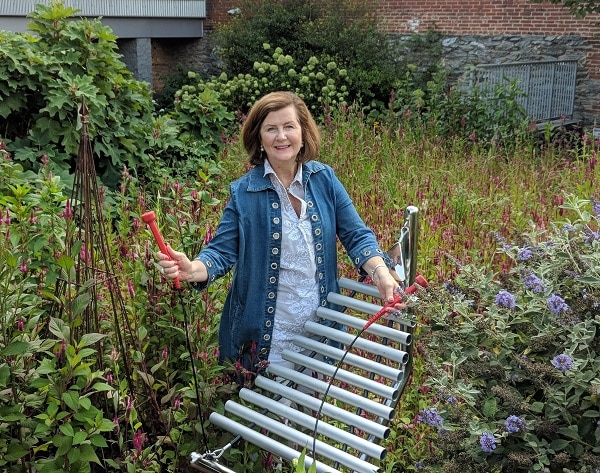 …and LSWG’s Kathaleen Lucey not only pitched it, but saw it through to completion.

On October 25, 2018, Downtown Frederick Partnership held its first-ever placement making competition:  Pitchcraft.  They invited anyone and everyone to pitch an idea that, if physically implemented in Downtown Frederick, would better connect the people and places of our community.

Twenty-eight submissions were received and narrowed down to four finalists, who then presented their ideas live, on-stage in front of an audience of over 150 people.

The four finalists were:

The winner, by popular vote, was Frederick Bike Racks in ASL, but shortly after announcing the first winner, Sue Hough stood from the audience and offered to fund Kathaleen’s The Joy of Music, which was followed by an anonymous donor funding the Candylane project.

Winning and funding turned out to be just the beginning of things for Kathaleen–who has been very busy with this initiative for the past eight months.  Not only did she pitch the idea and fund cost overruns (with the help of family and friends), but she was also involved in the approval and implementation process–completing requisite paperwork and meeting with representatives from the City, the vendor, the Public Art Commission, the Historic Preservation Commission, and the Delaplaine Arts Center.

It all paid off, though.  On June 14, 2019, an outdoor xylophone was installed on the Carroll Creek Park side of the Delaplaine Arts Center.

Check it out if you’re in the area.  Play a little something and experience The Joy of Music courtesy of Kathaleen Lucey.